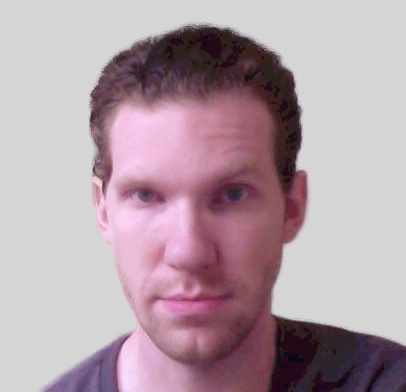 I have extensive experience developing software for professional and educational purposes, as well as developing open source software in my spare time. I have Bachelor of Science in Computer Science and Master of Software Engineering degrees from Auburn University. More information about my education and professional experience can be found on my LinkedIn profile.

I have written some articles over the years, primarily related to OpenGL and graphics programming. I have also written some open source software that you may find interesting (see my GitHub profile for more).

I can be contacted by email at josh@joshbeam.com.

Writing a Ray Tracer in Swift

I recently purchased a book called The Ray Tracer Challenge, written by Jamis Buck. The book takes a test-driven approach to guide the reader through the process of implementing a ray tracer from scratch, explaining the mathematical processes and graphics algorithms involved along the way.

I had dabbled with ray tracing years ago, but didn’t have much time to devote to it and didn’t get very far past rendering spheres with basic shading. It’s been fun to pick it back up by reading this book, and being able to get further along thanks to having all of the necessary information explained and illustrated clearly in one place.

I’ve started writing a ray tracer in Swift, which can be found on GitHub. It utilizes SwiftUI to present images on screen. Thanks to live previews of SwiftUI content views in Xcode, there’s almost immediate feedback when modifying code to make changes to the rendered scene.

If you have an interest in ray tracing, or graphics programming in general, I highly recommend The Ray Tracer Challenge.

I recently wanted to customize the preview that would be shown when sharing an article from my website through social media, and found that this can be accomplished by utilizing the Open Graph protocol. This is a standard that was created by Facebook and is also supported by other platforms, such as Twitter.

The Open Graph protocol defines meta tags that can be added to HTML documents to define attributes such as the title, a short description, and an image to appear as part of a preview. For example, here are the tags from my Triangle Rasterization article:

To see how previews would appear for your web pages, you can use Facebook’s Sharing Debugger or Twitter’s card validator.

I’ve posted a new project on GitHub called Metal-Swift, which demonstrates how to create a Metal application written in Swift. This is essentially the Metal-equivalent of my CocoaOpenGL-Swift project, which uses OpenGL for graphics rendering. It features a rotating, normal mapped cylinder that is illuminated by three moving point lights of different colors.

This application is intended to serve as a very simple example of using Metal to render 3D graphics, incorporating a few fundamental concepts like loading textures, using vertex/fragment shaders, and rendering a mesh. It’s released under a BSD-style open source license, so feel free to incorporate any parts of it into your own projects.

Getting Started with SDL

A number of years ago, I wrote a couple of tutorials on software-based rendering (Simple Line Drawing and Triangle Rasterization). I created sample programs to go along with those articles; those programs originally used SDL 1.2 in order to get graphics onto the screen, and I recently updated them to use SDL version 2. Having been away from SDL for a while, I was glad to see that it has continued to improve and remains very easy to use.

SDL (or “Simple DirectMedia Layer”) is an excellent library for developing games or other media applications that need to perform tasks such as rendering graphics, playing audio, and handling user input. It’s well-known for its cross-platform capabilities, but its well-designed and simple API make it a good choice even when cross-platform development is not a concern.

With SDL, it’s very easy to get a window onto the screen, render graphics, and handle input events. Here’s some C code for doing so:

Given the API’s logical design and descriptive function names, the code above should be fairly self-explanatory. SDL provides a number of functions (such as SDL_RenderFillRect, seen above) for high-performance graphics rendering. Behind the scenes, SDL uses whichever mechanism is appropriate for the host system, such as Direct3D on Windows, Metal on macOS, and OpenGL on Linux. It can also work with APIs such as OpenGL and Vulkan in case you need to do more advanced rendering. Be sure to check out the SDL website for more information.

I recently put together a new gaming PC for the first time in several years. This was my first time installing Windows 10, and it turned out to be a bit of a challenge, as I opted to purchase a downloadable copy through Microsoft’s website and transfer it to a USB drive on my Mac running macOS High Sierra. Microsoft provides a tool for creating a bootable Windows 10 installation drive from an existing Windows system, but not for macOS, and there is some conflicting information online about how to go about doing that.

My first instinct was to use dd to copy the ISO to the USB drive (as one typically does when installing a Linux distribution, for example), but it turns out that this does not satisfy the UEFI boot process. After some research and a lot of trial and error, I found that the USB drive must be formatted with a FAT32 partition and the MBR partitioning scheme, after which you can simply mount the Windows 10 ISO in macOS and copy the files to the drive.

Formatting the USB drive can be done from the command-line fairly easily. First, run diskutil list and find the identifier of the USB drive (this will be something like disk2 or disk3; make sure you find the right one, since you could erase the wrong drive and lose data if you don’t use the correct identifier). Next, the following command can be used to format the drive (replace disk# with the actual identifier for your USB drive) and mount it as a volume named WINDOWS10:

Now you can mount the Windows 10 ISO by opening it through Finder and copy its contents to the USB drive. Oddly enough, copying the files through Finder did not work for me - I received an error about the files being too large, even though the partition on the drive was definitely big enough, and no individual file appeared to be too large for the FAT32 file system. Eventually I found that using cp from the command-line did work without any issues. When I opened the Windows 10 Fall Creators Update ISO, it mounted as a volume named CCCOMA_X64FRE_EN-US_DV9, so I used the following command to copy its contents to the USB drive:

This command will take a while, and once it finishes, you can safely eject the drive through Finder and you should be able to boot from it to install Windows 10 on a PC.

I’ve been working with Swift lately and enjoying it quite a bit. Having done a lot of OpenGL development in my spare time in the past, I decided to try my hand at writing some OpenGL code in Swift.

I used a simple OpenGL demo application that I had previously written in Objective-C as the basis of a new Swift version, and the results can be found on GitHub. It’s a Cocoa-based OS X application.

Swift has pretty good facilities for working with C APIs, so using it for OpenGL development isn’t too much trouble, although there are some minor annoyances. For example, the parameters to a number of OpenGL functions are GLenums or GLbooleans, but the constants used as arguments are usually defined as GLints, so you have to cast things frequently:

Similarly, there are signed/unsigned inconsistencies; the signed result of one function may need to be passed in as an unsigned argument to another. For example, glGetAttribLocation returns a GLint, but glVertexAttribPointer expects to receive the location as a GLuint. With C/C++/Objective-C, the conversions would be performed implicitly, but Swift makes you convert them explicitly (and that’s a good thing, in my opinion).

Aside from those minor issues, OpenGL development with Swift appears to be fairly painless.